Back in 1983, a little film called “Wargames” that starred Matthew Broderick made such an impact in the Reagan administration that they started to wonder what would actually happen if enemy forces ever got a hold of their computer systems. Back in those days most of the programs and nearly all the equipment was running on analog technology, but the digital era was around the corner, and it wasn’t going to be that long until it reached military technology. One year later Ronald Reagan was pushing the first-ever federal law to outlaw hacking practices and label them as a form of attack to the US interests under the advice of Donald Latham a former NSA analyst and a personal advisor to the President. 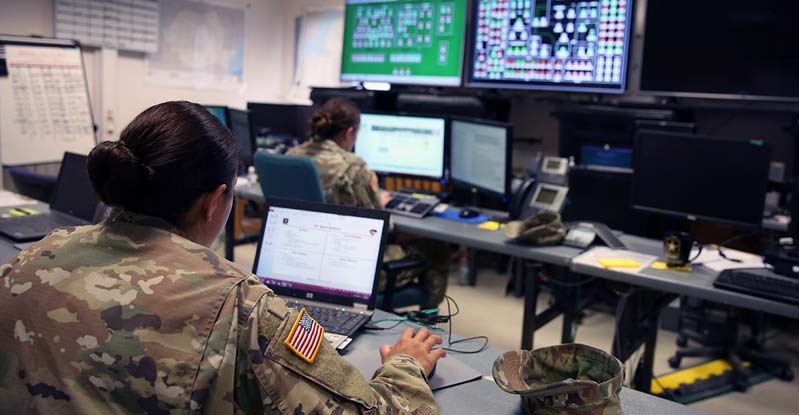 Turning Fiction into a Reality

35 years have passed since that moment, and millions of dollars have been spent by the US Department of Defense to build security on the computer systems that are tasked with handling the weapons systems that have cost so much money to taxpayers. In the latest round of revisions of security processed by the U.S Government Accountability Office it was revealed that some of the most sensible systems in the military defenses of the USA could be easily affected by a cyber-attack. While the DOD disregards the warning based on the number of protocols required to activate a nuclear weapon or any high powered weapon for that matter, the menace of a threat doesn’t seem to be unfounded.

GAO and DOD: Back and Forth

According to GAO, their team of testers managed to break the firewalls and at least six levels of security protocols undetected and using basic hacking tooling. Most of the problems are derived directly from common human mistakes such as poorly elaborated passwords, or lack of encryption on most communications. The easiest password to crack for the GAO team was on administrator levels, and the member who managed the feat did it under nine seconds flat. The DOD takes a stance saying that such measuring is improbable since guessing a password can take months or years for a regular hacker that doesn’t know the structure of the code used by the DOD. The specialists of GAO are quick to explain that customized malware can reveal the pattern of the strokes placed on a keyboard to figure out the letters composing a password in minutes.

Awareness is Important, so Is Prevention

In a country that currently has a planned budget of nearly $1.7 trillion to update, acquire and create new weapons being the GAO it’s not easy. The government department is saying loud and clear the problems exists, and they need to be solved before embracing the costs of creating more weapons that are dependent on software. While it’s true that some of the most powerful weapons of the USA require extensive protocols to be activated, there is also the fact that many of the modern vehicles used by the military-run on computer systems that are seemingly open to attack from outside agents. The rumor mill about external interventions has been running wild since Donald Trump became president. The heads of internal security agencies have reported that Russia messed with the 2016 presidential election. Could China get a hold of the systems controlling our weapons? It doesn’t sound so crazy now.

The good news so far is that the Department of Defense has informed that their massive budget is saving a reasonable allocation of money to make sure their systems have improved security. The bad news is that there will be no way to know how effective are the new defenses until the U.S Government Accountability Office runs a new round of inspections to make sure everything is in order.